Can a Chef be an Introvert?

by Jennifer | Being Married to a Chef, Blog, Chef Life | 12 comments

Tags: living with a chef

Introverts are people who are energized by spending time alone.

I don’t understand this at all because I’m an extrovert – completely the opposite.

However, my chef/husband is an introvert.

This is one area where we are nothing alike.

Looking at the definition of the word introvert, it doesn’t sound like that fits very well with the career of a chef, does it?

Put my chef/husband in a social situation and he’s very quiet.  He usually won’t go out of his way to talk to people.  If someone comes up and talks to him, he’s fine.  But he’s not a big fan of small talk.  (Too much to do, too little time . . .)  He would just rather be at home instead of around a group of people.  Being around a large group of people is not relaxing or energizing for him AT ALL!

While I might not understand that, that’s just who my husband is and that’s fine.

The funny thing is, put him in a chef coat and in a kitchen and he is like an entirely different person!  He’s talkative, outgoing, has lots of energy, he’s in total control of the job. . . you would never guess that being that outgoing is not his thing and that he has to work at it.

People who only know my chef/husband professionally are always very surprised when I say that he’s an introvert.  They just don’t believe it.

Being around groups of people is not in any way relaxing for him.  (Not that a restaurant kitchen would be relaxing for an extrovert either, but you know what I mean.)

A few months ago he did a cooking demonstration for the women of our church.  I had multiple people come up to me afterwards saying they had never seen my husband like this.  He was very talkative, funny, not shy, making jokes . . . who was this man?  It was pretty funny.  I love seeing that side of my husband occasionally!

So can a chef be an introvert?

Obviously yes, because my husband is both an introvert and a chef.  I would guess that he’s probably not the only one . . .

Any thoughts from you other chef wives?  Is your chef/husband energized by working in the kitchen or by going out with friends after work, or is he ready to just come home to a quiet house and spend time alone after work?

From one chef wife to another, 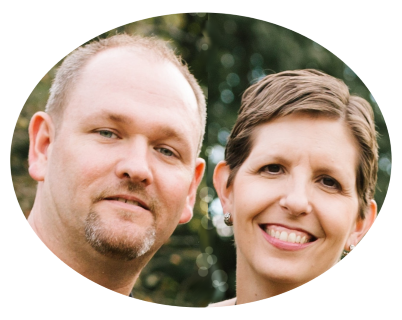